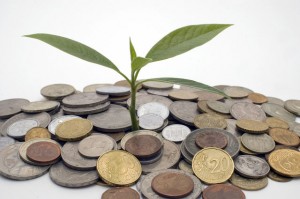 I’ve penned numerous stories that had to do with the environment. Sustainability, eco-friendly products…these are all of great interest to me as we attempt to provide our children with a clean planet that’s socially, economically, and environmentally sound.

For Mother Nature News (MNN.com), I wrote quite a few of these pieces. One particularly intriguing feature had to do with how to place your funds with “green” investment companies. For someone who is slow to embrace the world of finance, this was a big eye opener…and helped me decide how best to invest my own hard-earned dollars.  I began to consider more keenly that my financial planning included investments in companies whose interests lie in preservation and responsible choices.

The story, “Put Your Money Where the Earth Is,” helped raise awareness for many forward-thinking people who want to plan wisely not only for their future but for the future of everyone on the planet.  With the economy currently in a definitive downturn, there is no better time to focus on educated choices.  This particular feature is an excellent place to start. 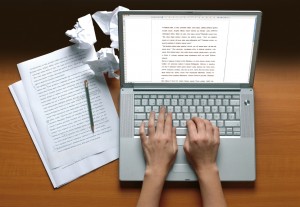 I write because I must, because I can’t imagine not expressing myself in a language that finds its rhythmic peaks and valleys depending on its particular audience and format.  Words are the magic with which I weave my message.  And the tapestry upon which they take their shape is a varied one.  I pen screenplays, books, business proposals, advertising copy, magazine profiles and pieces, radio scripts, biographies and more!

And because I am so profuse with my verbiage (using strong editing skills as well), it seems only logical that I provide an outlet for others to view my work.  So here, for your reading pleasure, is my official site.  Enjoy!

The words come from the mind, transmitted from the brain in a series of cerebral orders that travel through the neurons until the fingers respond.  They move across a keyboard or clutch a pen (or quill or crayon) as they insert the words onto a page.  And then, Voila!  There is the message!  Just a series of neurotransmissions…but it all starts with a fertile imagination and the willingness – Nay, Eagerness! – to share. In fact, it is a profound desire to create images and messages with words that propels the writer.

Topics are infinite and depend on the mood, interest or assignment of the author. There are times when one is so inspired, the urge to reach for the nearest scrap of paper and writing utensil becomes almost unbearable. More than once, I was grateful for the shorthand class I took in my senior year of high school so I could capture my thoughts at their most vibrant (although taking shorthand notes as a film reviewer while sitting in a darkened theater often took the equivalent of a Rosetta stone to translate later).

Even so, in our excitement, we rush to get our thoughts down on paper (or disk), feeling a sense of relief when they’ve been properly recorded…but one must then step away from the work and digest. The words are like a great meal that must marinate.  Publish in haste and you may regret the uncooked version.  But allow some time for the flavor to sink in, for rumination to offer alternative words or passages, and you may wind up with Cordon Bleu-calibre literature! 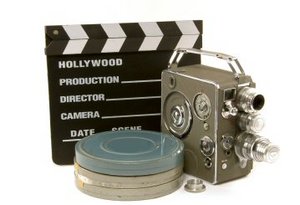 From Script to Screen

Sometimes, my work becomes so profuse – and I become so caught up in my next project – that it simply slips my mind that I’ve created it.  For example, while at the cinema with my husband, we sat through previews until the one for “The Chronicles of Narnia film” roared onto the screen.  As it unfolded, I turned to him and said, “I know this!  But how?  The film isn’t out yet and I can’t possibly have viewed this yet.”  He looked at me, dumbfounded.  ”Honey,” he said, smiling pathetically, “you wrote it.”  A long pause ensued as it dawned on me that he was right.  ”Oh, yeah….I did, didn’t I?”

Actually, what I had written was a sizzle script, which is used by the studios to get the theaters excited about airing their film.  I was hired by Sam Hurwitz Productions (SHP) to create a two or three minute teaser of sorts about the film that would whet the appetites of the theater owners.  Sam hired me often to write proposals that he’d submit to the studios to garner work for his company in the making of sizzle scripts, behind-the-scenes videos and other support material for upcoming films.  His was a very successful company and we worked together often.  I even helped create text for his website, http://samhurwitz.com/ and edited his book, How I Beat Hairloss Without Rugs, Drugs or Plus But I digress…

So there we were in the theater, and I realized that the work I’d done maybe six months prior, wound up on movie screens all over America, luring moviegoers into the world of Narnia. Only a few weeks later, partially on the strength of my sizzle script, the film topped the box office as viewers flocked to the theaters to find out what, exactly, was behind the wardrobe in that old British house. Fabulous, no?