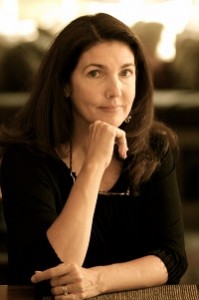 An Inspiration to All

I was having a relaxing sushi dinner at Chapel Hill restaurant Oishii with my dear friend, Vivian Connell. She is an educator who went on to get her law degree so that she can be in a better position to create change in a decidedly ameliorated public education system.  Her classes, both at the high school and college level, are steeped in social justice perspectives and she was – and continues to be – quite strident in her views about creating an equitable education for all. One of her pet projects is Writing Wrongs, in which she teaches children about the Holocaust.  She was hoping to be able to bring marginalized kids on a trip to DC to visit the Holocaust Museum to learn about how system disparities affect people and to have the students write about their experience there.

As the sake flowed, we chatted about that, as well as the usual things:  the Duke TIP program for our seventh grade daughters; our work/life balance; politics; films.  And then she dropped the bomb:  She had begun to experience a strange feeling in her leg and had just been to a doctor to determine the cause.  “It’s either one of three things,” she said.  “Either it’s MS, some sort of neuropathy…or it’s Lou Gehrig’s Disease,” she said, matter-of-factly, adding,  “I’m hoping it’s not ALS,” in reference to the latter.  “Yes,” I agreed, “that would definitely not be good.”

Our dark humor allowed for a titter as we noted the possibilities.  Unfortunately, just a few months later, the worst was confirmed and our hopes were for naught.  In the spring of 2014, she was told she’d have roughly three years remaining in her brief lifespan.  While many of us would wallow in self-pity and depression, she used her anger at having had such a remarkably awful twist of fate interfere with the life she’d so carefully carved by pursuing the Writing Wrongs project.  Driven, she raised funding and support that not only brought the many students on the Holocaust Museum, but also arranged for private viewings in sequestered areas of our capital for the students to see a copy of the Magna Carta and other historical documents.  Sensitive to their personal needs, she was overjoyed that she was able to house them at an upscale hotel and allow them to order – many for the first time – from the menu at a posh restaurant.  This was the school trip to end all school trips…and Vivian delighted in it.

And yet…the clock was ticking.  I was standing at the sidelines while my friend was accomplishing greatness as she faced the loss of her mobility, ability to speak, ability to breathe on her own…it was just devastating.  How could I help, beyond the occasional cooked dinners for her family of four?  And then I realized the best way to honor this remarkable woman would be to share her legacy with others.  I pitched Chapel Hill magazine and VP of Content Andrea Griffith Cash was delighted to include Vivian in a special Woman’s issue that they were planning.  I am so terribly proud of Vivian and humbled by her accomplishments.