When people ask why I left New York for North Carolina, I like to respond in a grave tone, “It was illness.”  This is usually met with a look of solemn concern.  Then I add, “I was SICK of New York” and watch their faces light up in gleeful relief.

In spite of living in close proximity to the “city that never sleeps,” I rarely had a chance to partake of its bounty of cultural offerings.  In Westchester, where I lived, property taxes were the highest in the country (my bill was an exorbitant $21,000 a year and climbing) and every potential outing to the city was measured against the cost differential of such an undertaking.  An evening out?  $75 for the babysitter, $10 for tolls, $20 for parking, $100 for dinner…that’s over $200 for a couple of hours of sushi sans sake.  It became less time-consuming and more economically prudent to prepare a meal at home and dig in for the night. 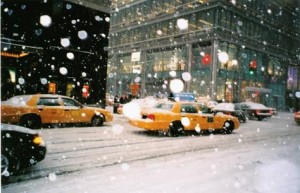 True, museums were relatively inexpensive, but theater was crazy expensive.  And the financial squeeze wasn’t the only issue.  It was so brutally cold during the blizzard-filled winter of 2010/2011, we actually built a full-size igloo in our front yard.  And the plummeting temperatures were such that we were able to sustain our domed ice house for nearly two months.  The thought of facing another blisteringly frigid season was enough to send me over the edge, so when we visited Chapel Hill over spring break, I was ripe to fall in love with the place.  It is a community of educated and warm people, abundant restaurants, rich culture (rife with museums and performing arts houses), manageable cost of living and thrillingly mild climate. 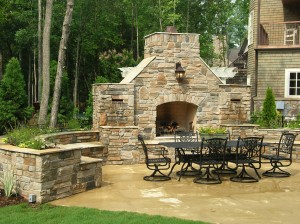 Once I made the move, the folks at Chapel Hill magazine learned of my work at Westchester magazine – a similarly high-end publication focused on an upscale readership – and asked me to contribute to their pages.  One of the earliest pieces I did for them was a spread about an outdoor kitchen designed for a family that enjoyed entertaining al fresco.  The owners were two married doctors with great, upbeat senses of humor and an eagerness to share their excitement about their home improvement.  When I commented on how much I loved the neighborhood, they urged me to talk to some neighbors who were about to put their home on the market.  This is just the sort of friendliness I enjoyed in my new community.  Chapel Hill, where the soil is rich and ideal for transplanting Yanks in need of sun.