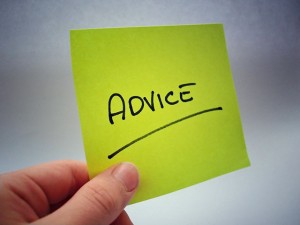 I often find that I am the “go to” person for advice amongst my friends and colleagues.  It is a fairly common occurrence for me to provide an ear to listen, a shoulder to cry on and some semblance of logic-based input.  Whether this is a reflection of sage wisdom on my part (doubtful!) or some sort of Jedi mind trick that has my comrades believing I actually know better than they do about something is debatable.

However, fellow writer/editor Kim Taylor had worked with me at several outlets – a Los Angeles-based website for which I was a cultural editor, and an advertising agency for which I wrote copy for Nesquik (choco-lity goodness!), car insurance companies and the like.  Our work styles were very much in sync, so we were an effective team.  So when she moved on to the California Psychics website and approached me to provide counseling there touching on such behavioral topics as knowing when to break off a toxic friendship, becoming at ease with public speaking or improving one’s status at work, I figured she’d fallen under the same misconception – that I somehow knew better than others how to react in any given situation.  Well, to be honest, I do come up with logical and practical advice…so this time, I heeded my own advice and took the gig so that I could start pointing people in the right direction.

The site name, however, concerned me a bit — Psychics?  Really?  I imagined turban-ed swamis divining the future over crystal balls.  This, I thought, would not be a good forum for my work.  But upon closer inspection, I realized that nestled beyond the horoscopes and psychic predictions, some very sound counseling was provided.  Educated, realistic, grounded-in-good-sense and logical approaches to everyday dilemmas were the real “meat” of this site…and it would be that part of the site that I would be contributing to on a regular basis.

Stories with ambiguous titles like Your Toxic Assets gave insight into changing what would normally be perceived as life’s “negatives” to find a “positive” — psychological lemonade out of lemons, if you will.  Feedback was great, with responses coming from readers who’ve applied my so-called wisdom and actually improved their lives.

I was surprised to have had this affect on people and began in earnest writing more philosophical prose.  Many other inspirational stories followed, such as Ego Wrangling about dealing with self-centered types both socially and at the workplace; Refresh Your Sexual Energy, which dealt with harnessing lust and love; and, The Other Woman, which explored the respect for relationship territory.

The experience was as much a banquet for the soul and mind of others as it was for myself.  After all, the self-examination involved in sharing my experience and views was cathartic and fulfilling…and it allowed me to forgo the option of seeking advice from Ouija boards or tarot cards.

Proud, Master Yoda would be!